Having spent the last 5-odd years of my life in Malacca,
I have had the pleasure of eating various mind numbingly delicious foods which would have otherwise been unheard of in other parts of Malaysia.
Whether the same can be said for the other states — especially for our separated sister up North — is debatable, but let’s keep it in Malacca for now, ok? 😉

One such food / dessert is sugee (pronounced soo-G, as opposed to su-gy) cake — which has its roots as a local Kristang dessert.

It is  basically a VERY RICH (I kid you not with the emphasis, my recipe requires 7-8 eggs and an entire slab of butter!) vanilla butter cake made with sugee (semolina) and ground almonds.
Traditionally served during festivities — think Christmas, a favourite pastime of mine and the Baba is house-hopping the Settlement sampling various incarnations of this dessert, as well as weddings — though these days, one needn’t wait for such occasions; it is possible to purchase a cake from your favourite Eurasian cottage-baker.

I personally LOVE sugee cake —
biting into a well baked one is like biting into a crunchy buttery cloud, an experience quite difficult to describe in words —
and I can single-handedly finish an entire 1 kg cake in staggered sittings.
As you can see, my arteries are basically circulating butter by now.
The Baba and I served one during our wedding in place of blah butter / vanilla / fruit cake.

You can probably guess by now, looking at the number of eggs and the amount of butter that goes into a 1 kg cake, that such decadence doesn’t come cheap.
Also, the number of ladies who bake awesome butter clouds is dwindling as the years go by.
So, it makes sense to learn how to make one yourself, no?

Since my birthday was last week,
and I couldn’t trust the Baba to buy me a cake that I liked,
I thought to myself: What better time to bake my very first sugee cake? 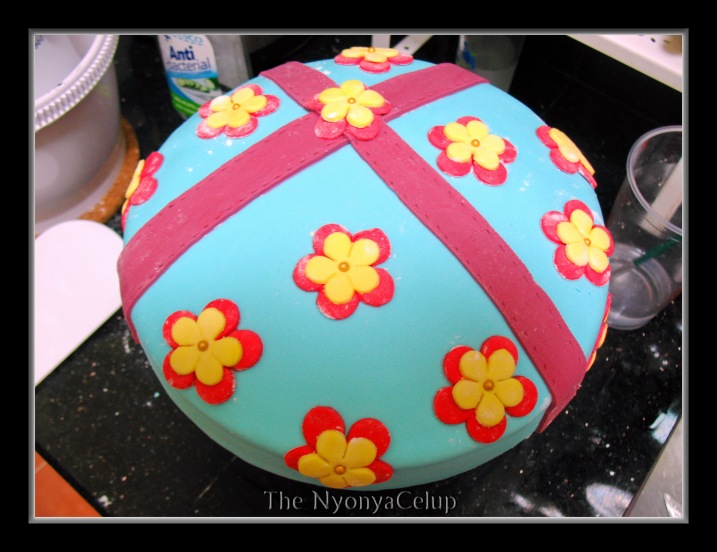 Don’t mind the stray flour, this was also my very first time working with rolled fondant,
but we’ll talk about that on another day. 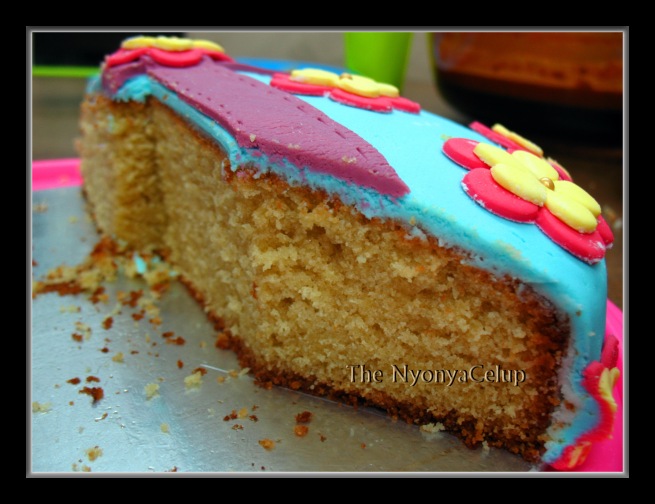 Anyways, I won’t be posting the recipe up yet as I’ve not perfected it;
according to the Baba, the buttery cloud isn’t quite crunchy enough — yet.